When Jennifer Pastiloff was 8 years old, she got into a fight with her dad over smoking. He’d promised to quit his four-packs-a-day habit but wasn’t following through. She flushed a bunch of his menthol Kools down the toilet. “I told him he always broke promises, and I said ‘I hate you!’ the way young kids do in those situations,” says Pastiloff. “It wouldn’t have been that big of a deal, but it ended up being the last thing I said to him.”

He died from a widow-maker heart attack shortly after, at just 38. “I thought I had caused the stress that killed him,” she says. “I was so ashamed that I wouldn’t allow myself to grieve; I thought I didn’t deserve to be a person. I developed anorexia as I tried to fade away.”

Pastiloff eventually recovered from her eating disorder, but she still carried shame from the experience and her father’s death, which tanked her confidence in other aspects of her life. “I lied all the time, saying I wasn’t sad about my dad, or that I was auditioning for acting roles when, really, I was only working at a restaurant. I refused to admit I had a hearing disability.” 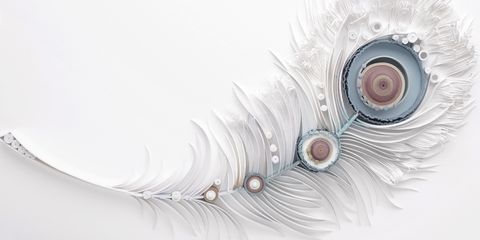 When she was 34, Pastiloff had had enough and began writing in an effort to heal. To her surprise, her brutally honest essays were met with support online. “When I saw how sharing helped people, I decided I was done hiding,” she says. Pastiloff is now a yoga teacher and the author of On Being Human: A Memoir of Waking Up, Living Real, and Listening Hard, and also leads “Shameloss” workshops on self-acceptance. “Being honest and vulnerable in spite of shame—that’s my superpower,” she says.

Zooming out, shame is particularly difficult to overcome because “it causes people to feel as if they’re flawed at their core,” says June P. Tangney, PhD, a professor of psychology at George Mason University and author of Shame and Guilt: Emotions and Social Behavior. “With guilt, you might think, I’ve done something bad, but I’m not a bad person, and that can actually encourage healthy change. With shame, you think, I am bad.” Tainted character feels a lot harder (if not impossible) to change, so it causes people to isolate and withdraw.

Women and younger people are the most likely to struggle with this emotion, research shows. And that has very real consequences. Feeling a lot of shame on a day-to-day basis is associated with a higher likelihood of developing anxiety, depression, low self-esteem, and eating disorders, studies show.

It can also lead to very real health problems beyond mental well-being and disconnection. For example, the shame people feel about contracting herpes (which can range from thoughts like My life is over and No one will ever love me again to severe depression and suicidal ideation) can cause so much stress that it actually leads to more intense and frequent outbreaks of what is typically a pretty harmless skin condition that one out of every six people have, per a study in the Journal of Health Psychology.

All those thoughts also keep herpes-positive people from being honest with new partners about it, making it more likely to spread.

No surprise that shame permeates doctors’ and therapists’ offices as well, leading patients to withhold information, like how often they drink or exercise. Because of its link to so many serious mental and physical health issues, shame is one of the biggest health hurdles we’re all up against, Tangney says.

The good news is that while you can’t escape shame—it’s a universal human emotion!—you can learn to manage it and be resilient. Let our experts guide you, ahead. It just might be the most important work you do right now. 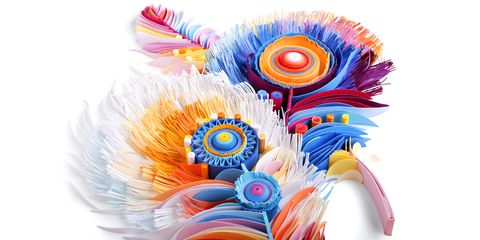 It’s time to show your full, vibrant self, free from shame.
Yulia Brodskaya

Challenge your shame by asking yourself these questions.

When you’re feeling ashamed of something, answer these questions honestly, says Tangney: Was this a mistake, or something I do all the time? Is this really something I should feel bad about? Are my current emotions about this productive? How would I respond to a friend who was dealing with this? Am I letting myself feel bad for not meeting a societal standard that I don’t even value? Your answers can help you see where you’re stuck and how to pull yourself out of it.

Open up about what you're going through.

Shame convinces people that they’re better off keeping it a secret, but the only way to heal shame is to expose it and connect with others so you feel less alone. That doesn’t mean you have to blast it from the social media rooftops if that’s not your style.

“Find a safe person you can talk to about it, whether that’s a friend, family member, partner, or therapist,” says Tangney. “And be specific; when you hear yourself say it out loud, you sort of realize that what you’re saying isn’t that big of a deal.”

Feel you can’t open up to those around you? Look for group therapy or support groups near you or online. “You can find your people if you let go of expectations of what that’s supposed to look like,” says Pastiloff. And if speaking your truth (to anyone) sounds horrifying, remember, “we fall in love with people when they’re the most vulnerable and human,” says Pastiloff.

Pretend you don’t care (for real).

One of the best tools therapists have for combating shame is “opposite actions.” Basically, it means fake it ’til you make it, and it actually works. If you’re ashamed about, say, your body hair and not being perfectly waxed at all times, act as if you’re not, and don’t hide your stubble.

Over time, this tricks your mind into thinking you really are unbothered. Plus, you get a little exposure therapy for your shame trigger. When people don’t react in the harsh way you’d imagine (or they do, but you get through it just fine), you learn to ease up. 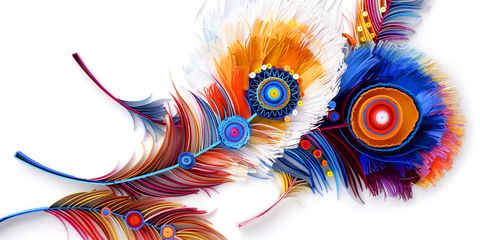 Pastiloff calls the voice of shame your inner asshole. “It can pop up at any moment, so battling shame has to be a regular thing,” she says. A few methods she teaches: Start each day with a self-love meditation. “Touch a part of your body that you’re feeling shame toward and say, ‘I love you and I’m listening,’ while you practice deep breathing.”

When you’re done, pick a mantra for the day and preface it with “May I remember….” You might say, “May I remember that I am enough.” “That phrasing puts the power back in your hands,” says Pastiloff. “It’s saying you’ve always been enough and you know it; you just forgot and needed a reminder.”

She also suggests carrying an “off-the-hook notebook” throughout the day. “Write down anything you feel shame about, so it’s off your chest and you can move on.” Another powerful exercise? Pen yourself a letter from the perspective of someone who loves you, about how they see you. “When people read these, they realize, ‘This person I respect sees me this way, and I’m not living like that’s who I am,’” says Pastiloff. “You deserve to. You get to have happiness.”

Kristin Canning
Kristin Canning is the features director at Women's Health, where she assigns, edits and reports long-form features on emerging health research and technology, women's health conditions, psychology, sexuality, mental health, reproductive justice, wellness entrepreneurs, women athletes, and the intersection of health, fitness, and culture for both the magazine and the website. She's worked in health media for seven years, holding prior positions at Health, SELF, and Men's Health. When she's not writing and editing, you can find her running, hiking, biking, dancing, listening to podcasts, or planning her next outdoor adventure.