If you're a die-hard Selling Sunset fan, you've probably already heard that a spin-off series just dropped on August 24. Selling the OC follows Jason Oppenheim as he leads a group of new agents at the Oppenheim Group's office in Newport Beach, California.

The news broke in early November, and was followed by an Instagram post from Jason confirming the spin-off. “I am so excited for our new show, ‘Selling the OC,’ about my Newport Beach office and its amazing agents!” he wrote. Jason also thanked a slew of people “for believing in me and what we have all created together with Selling Sunset.”

First, an exclusive first look and trailers dropped along with an all-star cast lineup. Then, finally, the show dropped on August 24. And pretty much everyone has been counting down the seconds. You can now stream all eight 30-minute episodes on Netflix.

If you have more questions about the show, no worries! Let's get into everything there is to know about Selling the OC.

The trailer has a lot of easter eggs.

The first trailer was full of beautiful beaches, big bells, and bottles of booze. It was pretty clear that things were going to be way over the top.

This cast seems beyond competitive as they fight over choice listings with sky-high commissions. The trailer teased one house with a shocking $3 million commission.

From the looks of it, Gio Helou, Alexandra Rose, and Alexandra Jarvis are pretty confident in their “top dog” status, but will they be able to walk the walk? The other agents have some doubts.

But it’s not always business as usual in this season. The trailer teases a scandal of an *almost* affair between Kayla Cardona and a married man. Major tea!

“She tried to kiss me,” Tyler Stanaland says.

In a following clip, Polly Brindle exclaims, “Are you f*cking kidding me?!” Took the words right out of my mouth. 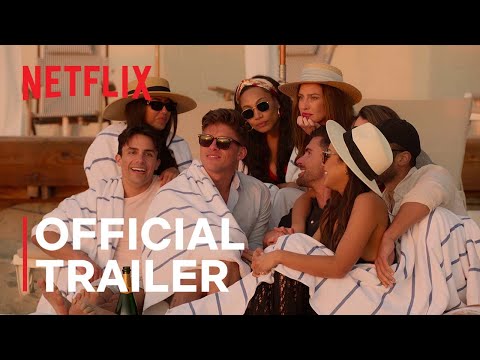 A clip from an earlier trailer teases even more drama. An agent says to “be careful because I wouldn’t be surprised if she went behind your back. Later in the trailer, another agent adds, “I think we all know who the snakes are.” 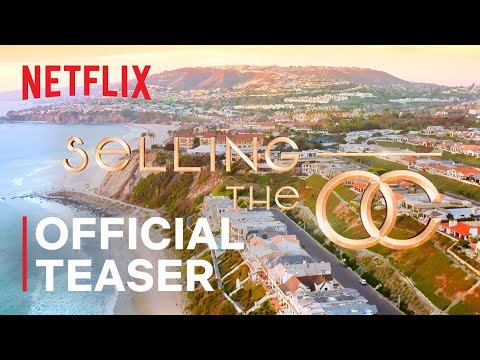 “The cast is just wild, right from the jump; they don’t hold back,” creator Adam DiVello told Tudum, per Netflix. “They don’t have any filters. They say what they’re thinking.”

What does the show's 'first look' reveal?

The 30-second teaser wastes no time diving into the drama as the ladies gather to address a rumor that agent Alexandra Rose slept with someone to get a listing. Oof.

From there, things get pretty heated. But for now, here's a big recap for those of you settling in to watch Selling the OC this weekend:

Who's in the Selling The OC cast?

The first season will include:

The co-ed cast and the three Alexandras definitely add some fuel to this spin-off’s fire.

Jason gave fans a glimpse of the cast in an IG post, and it got everyone pumped to see the agents in action.

You’ve seen some of these cast members before.

The new cast members were actually at the Oppenheim Group work party at the end of Selling Sunset’s season 4.

Yup, they totally saw Christine Quinn and Mary Fitzgerald go head-to-head. And before you ask, yes, they were frightened.

“They all left that party calling us up like, ‘Is this what it’s going to be like?” Divello told Tudum about the new cast.

Will The Selling Sunset agents be on Selling the OC?

This is a big—huge—question, given that Selling Sunset has created a galaxy of reality stars from its cast. But the answer is no.

And even though Heather and her husband Tarek El Moussa live in Newport Beach and she’s listed as an agent on the Oppenheim Group’s Newport Beach website, she doesn't make an appearance.

It's a bummer to not see the Selling Sunset crew. But it makes sense that they wouldn’t be selling houses in Newport Beach given that their jobs are predominantly L.A.-based.

Jason told Architectural Digest that he decided to open a Newport Beach branch of the Oppenheim Group after he saw the luxury real estate market “really expand and blossom” in the city. (BTW: The new office looks ridiculously gorgeous.)

And Jason has said that he’s become tight with his new cast mates.

“We hang out a lot together when I'm down here, similar to my experience in L.A.,” he told Architectural Digest. “I've become good friends with a lot of these agents, and I have to say that the success of the office has far exceeded my expectations.”

Where is Selling the OC airing?

On Netflix, the streaming service that made Selling Sunset a massive hit, of course.

When does Selling the OC premiere?

Selling the OC premiered on August 24, just in time for the final weeks of summertime.

BRB, I'll be sitting on my couch binging this new series if you need me.

Korin Miller
Korin Miller is a freelance writer specializing in general wellness, sexual health and relationships, and lifestyle trends, with work appearing in Men’s Health, Women’s Health, Self, Glamour, and more. She has a master’s degree from American University, lives by the beach, and hopes to own a teacup pig and taco truck one day.
Sabrina Talbert