After months of filling the reality TV void with HGTV shows and slightly less glamorous series, Selling Sunset is back! The hit Netflix show's fifth season premiered on Friday, April 22. And to say there's a lot to look forward to this season would be an understatement.

For one, fans are excited about the show's newest agent and cast member, Chelsea Lazkani. Chelsea made the big move from England to L.A. and got into the real estate industry after taking a break to raise her two kids. Now, with more than five years of experience in the books, she's taking on some of the West Coast's finest properties.

With a new season comes new drama at The Oppenheim Group, and considering all the lingering tension from season 4, you'll definitely want to clear your schedule for this premiere. Looking to learn more about the newest agent? Well, Chelsea sat down with Women's Health to talk all things season 5 and her life in LA.

Here's what to know about Chelsea:

She was born and raised in the UK before moving to LA. 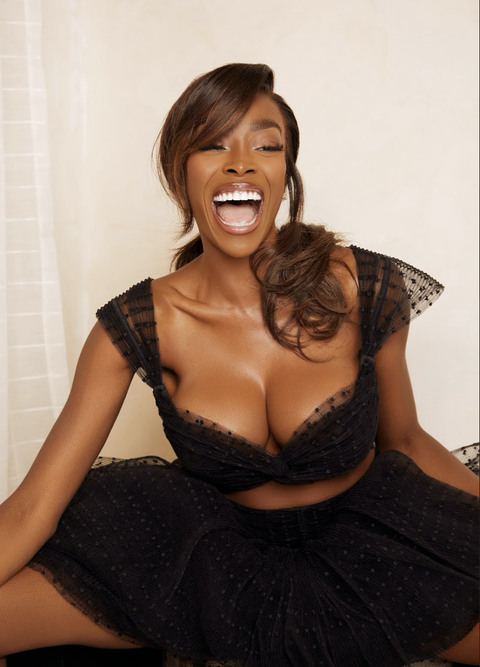 Chelsea was born and raised in Mill Hill in Northwest London to Nigerian parents. She's also a first-generation Brit (and now "American by passport," as she puts it). After completing her bachelor's and master's degrees in the UK, Chelsea decided she was ready for something new and packed her bags for Los Angeles to pursue her MBA.

Chelsea has a history of selling luxury real estate.

After earning multiple degrees from the University of Birmingham and the University of Dundee in Scotland, Chelsea began a career in the corporate world, per People. In 2017, she got her real estate license and started working under top agent Carole Wolfe at luxury real estate firm Rodeo Realty. (FYI, Bravo fans know Rodeo Realty as the company where Josh Flagg worked on Million Dollar Listing Los Angeles.)

"[Carole] took me on her team because she was a family friend of my mother-in-law," Chelsea tells Women's Health. "I was shadowing her, learning the ropes, understanding the industry, and really overseeing transactions up to 10 million when I first landed in real estate. I got to see what it takes to sell homes for seven, eight million within the first five months of having my real estate license. It was pretty fantastic."

Later, Chelsea took some time off to raise her kids. But now she's back and ready to pick up right where she left off.

She has a husband, Jeff, and two children. 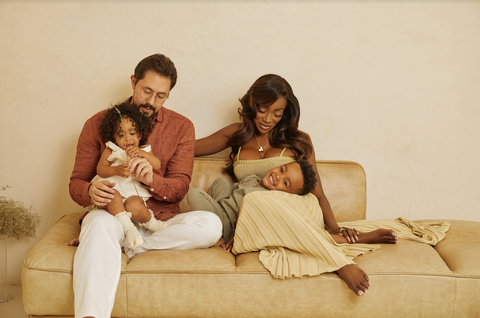 Chelsea married Jeff Lazkani in 2017. Jeff is a managing partner at Icon Media Direct, a marketing and advertising company, according to his LinkedIn. The couple have two children: a son, Maddox Ali Levon, 3, and a daughter, Melia Man, 2, whom Chelsea credits for keeping her active and on her toes.

"I have an at-home gym, so I do try to work out when I have time or jump on the Peloton, but more than anything chasing after two toddlers, girl, it will do it for you," she told WH. "I don't have to work out at all. I just have to spend a day with my kids, and I'm exhausted. I got a 3-year-old and a 1.5-year-old, and they do not stay still, so that's my workout."

Now that she's re-entered the industry with children, Chelsea says that she aimed to work "smarter, not harder" by making sure she spends her time focused on producing the best work. "It's very easy to just work and not produce any results in real estate," says Chelsea.

You can expect to see more of her relationship with Christine this season.

If you've already seen the season 5 trailer, you'll know that the episodes will highlight Chelsea and Christine Quinn's close relationship. And according to Chelsea, watching the show back gave her all the feels.

"[Christine's] energy is contagious, and she's just such an electric person, so I immediately was able to feed off that because I'm kind of the same way...You are going to watch it, and you are going to feel like you are with your best friend because we don't hold back," she says. "We are brutally honest, and we have such a good time, and I think that's so refreshing to watch two people that have this organic, natural, not contrived friendship at all."

Her other costars gave her a warm welcome.

Her strong bond with Christine aside, Chelsea told People that she also formed close relationships with her coworkers as time went on.

"I'm like a lone soldier. I ebb and flow, and I don't really move at those vibrations," she said. "I understand they may have had drama, but I am here to form my own unique relationships...Emma and I have a very special connection. I think the world of Chrishell."

As for the rest of the girls, Chelsea explains that their dynamic was built off of respect from working hard on the job.

"They wanted to make sure they could trust me, and that was a process. A process that I obviously respect them for because I get it," she tells WH. "I didn't join the group expecting to just fit in because I don't think you can ever fake a relationship. It has to be organic or natural...So I just went in with an open mind and just was myself."

Chelsea couldn't wait to be on the show.

Chelsea knew immediately what it would mean to star on Selling Sunset.

"I think having the support of my husband and my family really essentially prepared me to take on this big role and this big opportunity," she shared with People. "But for me personally, I saw this as an opportunity to really open doors in an industry that has lacked diversity and where minorities are underrated."

"I feel like with great opportunities comes great responsibility," she added. "This was kind of my time to give back and to educate and really mentor and push forward Black women in this luxury sector in real estate. So just knowing that I've got a greater purpose kind of prepared me for this."

She already knew Jason Oppenheim before joining the cast. 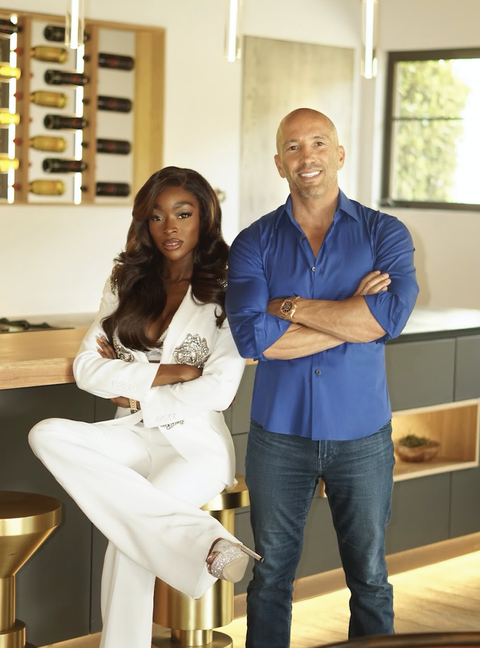 Apparently, Chelsea had already crossed paths with Jason Oppenheim in the past through her husband. She says she "was always very familiar with Oppenheim Group," although she didn't know any of the ladies beforehand.

But, Chelsea told People that the other agents have "really inspired" her. "It kind of helps me see my future trajectory by being around so many successful women," she said. "It helps materialize the fact that I can be selling $20 million, $30 million, $40 million homes, seeing other women in close proximity to me doing it."

She's formed a solid business relationship with Jason, especially after she closed her first big deal within her first couple of months at the brokerage.

"You can't impress Jason with anything other than tangible results," she tells WH. "He's one of those bosses that are really hands-on with the agents that are hungry for this. So I text him all the time, literally every single day, and pick his brain about things in real estate. So I've become really close with him too, which I love."

She promises that season 5 will be one to remember.

It's "so juicy," according to Chelsea. "I will say it's really electric," she told People. "It's nothing you've ever seen before on TV."

She also made it clear that she was back in the game and ready for business. Chelsea tells WH that she best describes herself as "someone that's coming in and is not about the shit and is all about business...Hopefully, that inspires people to know that you can avoid the drama and you can stay focused even with all the background noise."

Season 5 of Selling Sunset dropped on Friday, April 22, on Netflix.