The keto diet isn't shy about taking away some of the tastiest things in life: carbs, fruits, carbs, sweets, carbs. Luckily, there's one thing the diet doesn't touch—coffee. (Thank god.)

Now, a keto-friendly drink called It Works! Keto Coffee is claiming to help keto dieters reach ketosis—a state during which your body uses fat for fuel instead of carbs—faster.

Okay, so how does It Works...work?

It Works Keto Coffee is an instant, powdered version of bulletproof coffee—or coffee made with butter and medium-chain triglycerides (MCT) oil. It also contains a few extra ingredients like hydrolyzed collagen peptides, xanthan gum, Himalayan pink salt, and milk that claim to rev up your body’s ketone production to break down fat even faster. 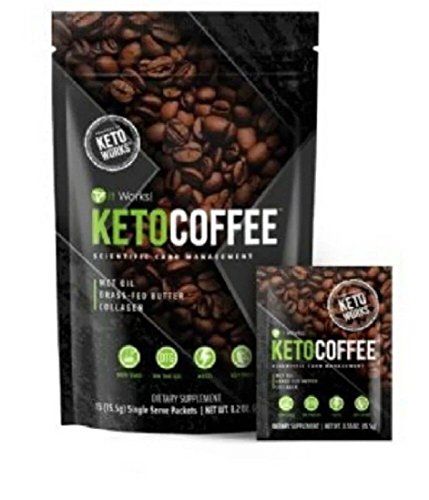 It's not total B.S. “There are ingredients included in this product that can help support some of these claims,” says Pamela Nisevich Bede, R.D., who specializes in sports nutrition and weight management.

Caffeine, for one, can potentially help break down fat, in addition to boosting energy levels and sharpening focus, according to Bede.

Sounds like a win, right? Eh. While “the MCTs from the grass-fed butter can be digested rapidly to allow for immediate energy production," says Bede, "...the amount needed for that to work is quite high and will cause GI distress for most people.”

All the other ingredients found in It Works! aren’t exactly helpful or necessary either, says Bede. "Most individuals following keto have no problem finding enough protein so I wouldn’t be adding the collagen peptides to coffee,” she says. “And this coffee contains three grams of carbs.” That's no small amount when the keto diet calls for under 50 grams of carbs per day.

Should I give It Works! Keto Coffee a try?

Honestly...nah. You'd likely be better off making your own keto-friendly coffee; that way, you can add in fats that aren't laced with excess carbs, says Bede.

Here's how to do it: Brew your favorite black coffee and add one tablespoon butter and one teaspoon MCT oil or coconut oil. “I prefer this method—it uses carb-free and protein-free additives, the fat will keep you full for hours, and you won’t be adding in carbohydrates,” says Bede. And “it’s a good way to boost your overall fat intake,” which is a key part of the keto diet.

Still, if you want to give this instant coffee a try (honestly, that was strike one—instant coffee is the worst), It Works! Keto Coffee isn’t going to hurt you—but the extra protein in the drink isn't going to help you either.

“If you consume too much protein on the keto diet, your body will actually transition it to a source of carbohydrate,” says Bede. (Crazy, right?)

The bottom line: If you're a strict keto follower (and don't want to waste carbs on coffee), you're better off skipping It Works! Keto Coffee and DIY-ing your own. 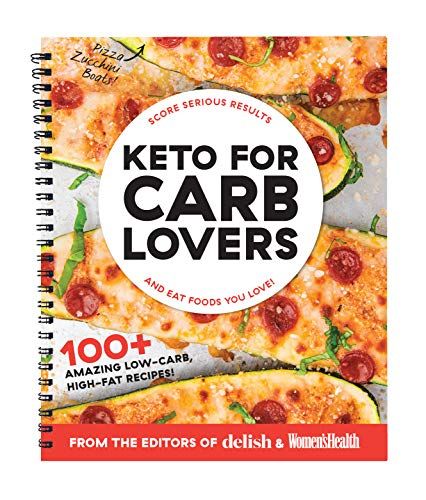 Ashley Mateo
Ashley Mateo is a writer, editor, and UESCA- and RRCA-certified running coach who has contributed to Runner’s World, Bicycling, Women's Health, Health, Shape, Self, and more. She’ll go anywhere in the world once—even if it’s just for a good story. Also into: good pizza, good beer, and good photos.

Can The GOLO Diet Help You Lose Weight?

Meet The Carb That's Actually Good For You

Can The Bulletproof Diet Help You Lose Weight?

15 Reasons Why You're Suddenly So Bloated

How To Calculate A Calorie Deficit For Weight Loss